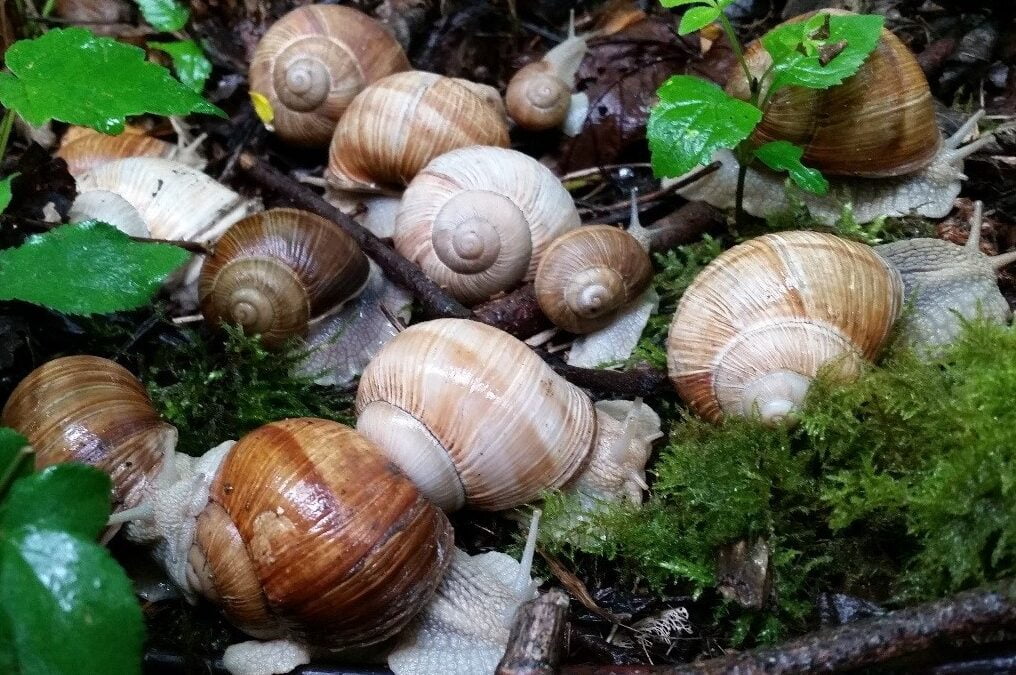 Recently our ecology team attended a training session at Bristol Zoo Gardens to learn how to handle and assess the health of snails.  An unusual choice for a training course? … well yes, but necessary for us as the ecology team are involved with a site in the Cotswolds which supports a population of Roman Snails (Helix pomatia).

Roman snails are protected under Schedule 5 of the Wildlife & Countryside Act and it is illegal to intentionally kill, handle or possess this species without a licence from Natural England. To enable construction at the site, the population of Roman snails will be translocated under a Natural England licence to a receptor site which is located at a safe distance from the development footprint.

Roman snails are the largest species of snail in the UK and can grow up to a width of 45 mm. They are thought to have been introduced by the Romans (hence the name) but the population was probably significantly increased by Middle Age monasteries who cultivated them to eat. Their distribution is limited to specific areas – the Chilterns, the North Downs and the Cotswolds and Mendip fringes. Their habitat is characterised by undisturbed grassy or scrubby ground with an abundance of loose, chalky soil to bury into for hibernation. They do not venture far, in fact may live within the same 30 m radius for their entire life, which can be as much as 20 years.

Other than their large size there are other features which distinguish them from other species. Their bodies are very pale in comparison to many other British snail species and can measure up to 10 cm long. Their shells display a distinctive pattern of brown bands which is absent from other similar UK species.

So, to the training.  Mark, the Assistant Curator of Invertebrates at Bristol Zoo, put together a superb session including methods for the correct handling of snails, identification of areas of damage and identification of factors by which to assess specimen health. The team then undertook a ‘handling’ practical session using the zoo’s Giant African Snails.

All in all the team had a thoroughly interesting and informative day, with the added bonus of a trip around the zoo itself.  We have since made good use of the training received in translocating the population of Roman Snails to their new home in the Cotswolds.